HomeBlogUncategorizedMeet Eric Kimani the Chairman Board of Trustees 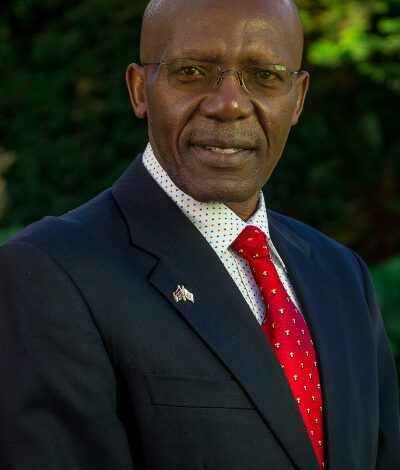 Meet Eric Kimani the Chairman Board of Trustees

Eric and his wife Margaret are the founder trustees of The Palmhouse Foundation. Eric is an entrepreneur, business leader and philanthropist. He has previously served as finance director for Williamson Tea and Dormans Coffee and also later as CEO at KTDA limited and Managing Director at Sameer Africa limited. He has recently given up salaried work to concentrate on his own businesses. He also sits as non-executive board member in a number of organizations both locally and internationally.

His business interests include a milk processing and distribution facility, a tertiary college and a primary school. Eric is a Rotarian past president of the Rotary Club of Nairobi North and now elected to become the District (Kenya, Uganda, Tanzania, Ethiopia and Eritrea) Governor in 2011-12.

He is also a sought-after motivational and inspirational speaker.

Eric is passionate about helping others and philanthropy is an integral part of who he is. He finds immense fulfillment and joy in facilitating the less fortunate members to access viable alternatives and opportunities that will help them break the vicious cycle of poverty. He believes that education is the one of the surest ways of empowering an individual and that through education Palmhouse Foundation can make a real difference in many lives and society in general.

Subscribe to get first hand news/information about our foundation
Palmhouse Foundation - All Rights Reserved 2021
error: Content is protected !!